Home / Life On Lantau Articles Walkabout / These boots are made for walking: Tiger’s Head from Mui Wo

These boots are made for walking: Tiger’s Head from Mui Wo

Over the coming months, Ham Tin resident Jason Pagliari has pledged to walk us all over Lantau. In the first trek of the series, he makes his way over the hills from Mui Wo to Lo Fu Tau and back via the Olympic Trail

This issue, I’m revisiting one of the classic Lantau hikes, heading out from Mui Wo by way of an off-the-beaten-track route over the hills above Wang Tong village and returning via the Olympic Trail to its start in Pak Ngan Heung village. We’ll be on the Lo Fu Tau Trail for much of the time, and it’s a 12-kilometre roundtrip (5.5 kilometres there, 6.5 kilometres back), well-recommended for keen hikers of a reasonable fitness level. Highlights of this trek include clambering up mysterious rock formations with panoramic views over North Lantau, and reaching the peak of 465-metre Lo Fu Tau (literally, the old/ wise Tiger’s Head). The trails can get a little dicey in places on this one, so get yourself some proper footwear.

Over the hills from Wang Tong village

Our group of three for the day, accompanied by faithful canine companions, meet up at Mui Wo’s famous ‘Toilet Bar’ (a village shop/ cafe with a table and chairs) next to the Chung Hau Tsuen public toilet, right behind the Silvermine Bay Hotel on the main path to Wang Tong. We expect the trek to take between three to four-and-a- half hours, depending on our pace and how many rest stops we make along the way.

Taking the narrow road parallel to the beach, we reach Wang Tong village and follow the stormwater catchment to the left, where there are many large houses with spacious gardens. At the end of the catchment, we take the left path, and walk towards steps which snake up the hills to the north. There are placards depicting species of plants that the botanically disposed can spot as they ascend through the forest.

Quickly climbing above the tree cover, we pass a lot of graves, all of which are well-equipped with fire beaters. Long grasses and ferns line the path, which is crazy paved with decent handrails, and there are plenty of benches where you can stop for a rest and enjoy the view back down Wang Tong Valley and over to the Mui Wo ferry pier. Continuing to the end of the paved surface, we reach a wooden pagoda, a good place to rest up especially in the event of a sudden downpour. From here, we follow an earth trail up, it’s a wide path with small trees either side but quite eroded in the centre. As the path swings uphill to the left, we avoid the fork to the right and continue climbing. You’ll find you quickly gain a lot of elevation as views open up over the huge mountain range to the northwest.

At the top of this rise on a grassy hilltop, there are three forks: the left fork takes you towards the Olympic Trail and the right fork has an abandoned sign. We continue straight ahead. The path here  narrows considerably and ferns cover it as it winds around a hill to the right. Up ahead, we spot a patch of bare earth at the far side of a heavily forested valley. That’s where we’re headed. Making the steep descent into the valley, we cross a stream, before heading right and back up the other side. It can get a bit muddy here but, unless it’s been raining heavily, you should be able to jump across the wet spots. The trail leading up is narrow, with tall trees either side; soon we reach the clearing and that patch of bare earth. You’ll see the remains of ramps that were clearly once mountain-bike jump-offs, long abandoned. At this point, we reach the only potentially confusing part of the hike; keep going straight up over the earth patch and the narrow trail soon picks up again. Make your way over the rise and head downhill, brushing past the foliage, and before you know it you’ve hit the Lo Fu Tau Trail. This junction is close to distance post marker C7101, but be aware if you’re planning to do this trek in reverse you may not find it, as there are no bright ribbons and it’s quite concealed from the main trail. The Lo Fu Tau Trail is popular, so we start to encounter other hikers as we proceed to the right. The path meanders uphill to the left, and we suddenly realise the west end of Discovery Bay golf course is right below us. The path continues uphill and, once at the top, a stretch of grassland opens up. There are great views of North Lantau as the path swings to the right through rolling hills dotted with colourful shrubs. Rounding a corner, we spot a boulder-covered hill up ahead in the distance, and steps leading up to a strange pointy rock. As we make our way there, we are suddenly confronted by an enormous boulder smack in the middle of the path. It looks odd, like it’s been perfectly placed there by a crane, even though we are miles from any roads. And it has a name – the Divine Peach Rock – from which you can guess its shape. The imagination fires up at this point and soon things start getting even stranger. Faced with a fantastical boulder-strewn landscape, I half expect to see Tim the Enchanter, John Cleese’s character in Monty Python and the Holy Grail, flinging lightning bolts across the valley. As we climb the steps up to the aforementioned pointy rock, we find what looks like something out of Stonehenge – two tall boulders side by side resting on a flat-topped rock, about 20 feet tall. Finally, we’ve reached the Tiger’s Tail (and we’ve still a way to go ‘till we reach its head, Lo Fu Tau). Behind it, clearly visible, is the new bridge extending into Lantau from the Zhuhai-Macau terminal building.

On the adjacent hilltop, we spy another bizarre rock formation – a flat stone slab sandwiched between two boulders and pointing outwards in a cantilever arrangement. In profile, it resembles an old cannon, so it’s known as Cannon Rock. Continuing along the path, there’s a turn off to Cannon Rock, and, since it’s easy enough to climb onto the cantilevered ledge, it’s a popular pitstop for hikers.

As we continue uphill towards Lo Fu Tau, we notice a patch of short grass about 10-metres wide to the left of the path. Contrasting with the long grasses on the right, it resembles a firebreak, but whether it’s a natural phenomenon or something engineered is uncertain. Soon, we reach a flat grass-covered plateau. Keep an eye out for kestrels hovering above, particularly on a windy day, and watch them swooping down on unsuspecting prey before they resume their patrol.

A short while further, we continue past a turning to Discovery Bay on our right, which leads downhill through long grass towards the reservoir. Just a bit further is Lo Fu Tau peak. It’s taken us a leisurely two-and-a-half hours to get here from Wang Tong village. DB looks very far below, and there is another steep, though easier-than-it looks descent here towards the reservoir. If you want to go to DB North Plaza, continue along the trail, which extends all the way to Tai Shan peak above Hong Kong Disneyland, and you will see a way down at the low point. But we are heading back to Mui Wo, so we prepare to revisit the full 3.4 kilometres of the Lo Fu Tau Trail, a gentle downhill trek. In parts the trail is heavily eroded in the middle and you have to keep to the sides.

Back to Mui Wo on the Olympic Trail

It takes about 40 minutes to reach the merge with the Olympic Trail,  where there’s a pagoda and a big map at A Po Long. Built in 2008 to commemorate the Beijing Olympics, this concrete trail connects Mui Wo with three villages in North Lantau near Tai Ho Wan reservoir. Going left towards Mui Wo, we notice intermittent flagstones, like the way-markers lining a pilgrim’s path, each decorated with stick figures doing Olympic sports.

The path is nicely forested here with ferns and tall trees but quite open and breezy. We reach some steps, and realise we are back in civilisation, since there are streetlights and benches for rest stops. We continue on past Silvermine Cave and the waterfall to the trail’s start, where there are several commemorative plaques. From here, you can take the steps on the left down towards Silvermine Bay, or head right through Pak Ngan Heung village and back into Mui Wo along the paved brick road. 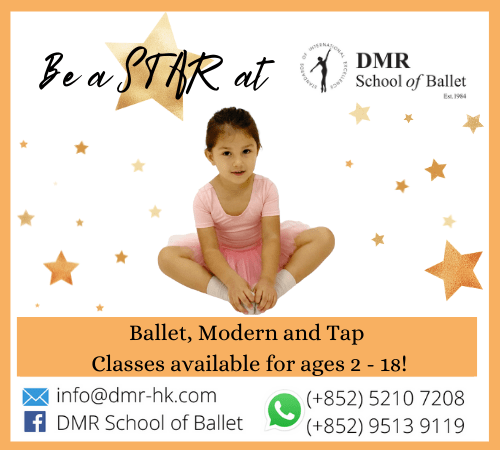 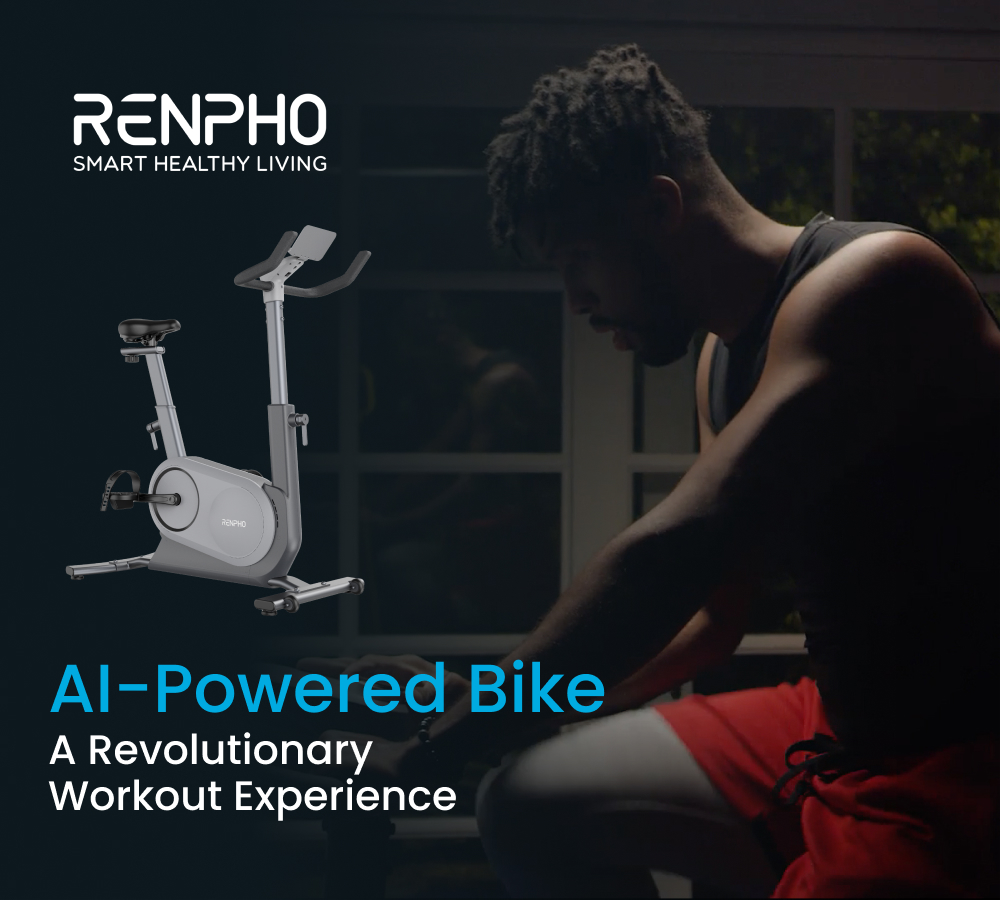