A moral education: The importance of teaching kids manners

There’s so much more to parenting than feeding, clothing and schooling kids. But are we teaching them the behaviours and thought processes necessary to flourish in our community and beyond? Trisha Hughes reports.

Not so long ago, I was standing on a crowded bus on my way home from Sunny Bay. No one was in any mood to pass the time of day except for one little boy who seemed captivated by me. I put his age at about five and, as I stared blankly out of the window, I heard this little voice pipe, “How old are you?” I heard a few titters from my fellow passengers, so I played along and smiled benevolently at him. “Polite young men don’t ask women how old they are,” I answered sagely with a smile.

You’d think my witty reply would have ended the conversation, right? But no.

He came back with, “My guess is you’re about 300.” My eyes popped opened in shock and the snickers behind me grew embarrassingly louder. “Dinosaurs are 300,” I quipped. “I’m not a dinosaur.”

With so many passengers apparently hanging on every word, I was determined not to continue with the entertainment, so I concentrated on the view outside as the bus moved annoyingly slowly towards my stop. In my peripheral vision, however, I could see the child still watching me. Against my better judgement, I turned to look at him. He smiled beguilingly and said, “You tell me yours and I’ll tell you mine.”

The conversation was not upsetting at all for me; it was actually an extremely amusing interlude at the end of a long boring day of shopping. But I found myself intrigued at how this five-year-old had plucked up the courage to begin the conversation with me, a total stranger, in the first place. More than that, I wondered how appropriate our exchange had actually been.

When I was young, children were seen and not heard. This old adage, something my mother used to say to me, popped unbidden into my head as I stepped off the bus and watched as it pulled away with the little boy waving happily to me through a window.

Beyond right and wrong

As a parent, saying your role is one of life’s most important events is doing it a grave injustice. We are literally bringing another living, breathing human being into the world and subsequently doing our very best to help him navigate the society he finds himself in. Creating the next generation of decision makers, world leaders and, hopefully, world changers is a monumental task, and most of us have no idea how hard it is going to be. ‘Important’ doesn’t even begin to cover it.

Teaching our children life values is an incredibly hard job and it can also be bewildering. On the one hand, we all want our children to have minds of their own and work things out for themselves, rather than turn them into clones of ourselves. But on the other hand, shouldn’t we remember that when they fly the nest, the rest of the world has to live with them?

In our attempts to encourage our children to develop their own characters and minds, while trying not to stifle them, are we overlooking our responsibility to also teach them basic principles, like being respectful and polite? How about honest, responsible and giving your best effort in school? Is that too old-fashioned and, dare I say it, conservative?

Honesty is accepting and promoting the truth even when we don’t like what that truth is. Responsibility is acknowledging how our actions affect others as well as ourselves. Best effort includes our role in the community. In other words, aren’t we, as parents, dutybound to teach our children that some behaviour is not acceptable?

I also believe listening is one of the most important life skills you can teach a child. It will impact on every relationship he has. And what about it’s okay to be wrong? Grades are important but isn’t it more important to be a good person? Apologise when you’ve made a mistake? Give and accept nothing less than respect?

If there is basic human respect, so many other good character traits follow suit. Respect for authority also shows obedience. Respect for others covers kindness. Things like teasing and bullying happen in the absence of respect, and failure to learn responsibility at an early age is the catalyst to poor, sometimes tragic results, whether it is addiction, inability to hold a job, racism or criminal conduct.

Raising kids in such a materialistic world is not always easy, especially when they are constantly bombarded with cool new stuff to covet, and encouraged to see shopping as a recreational pastime. Sure, we want our kids to have the best things in life, but we also need to teach them that even though they may not always have the latest and greatest toys and gadgets, they do have plenty to be grateful for. Plant the seeds of gratitude when they are young, so they can learn to appreciate the many gifts they have.

It’s not what we do for our children that is more important but what we teach them to do for themselves.Their minds are endless sponges and it is our responsibility to splash the right information at them, and mould them into responsible and admirable members of our society. And as we know, children learn from example so when they see their parents being rude, it sends a message to them that it’s okay to  say one thing and do another.

Teaching kids to be kind

It’s never too late to teach a child how to become a good person, but it won’t happen on its own. Children need to practise caring for others and expressing gratitude for those who care for them and they need to contribute to other people’s lives. Make sure your children are friendly and grateful with all the people they encounter and that they are, first and foremost, kind.

Even as my own children were turning and waving happily to me on their first day at school, I spent the day crying because they were on their long march towards becoming adults. They would learn that we all have to pay our dues, we all have to work, and we all have to face failure and rejection before we can achieve success.

Our challenge is help our children learn to care for and respect people outside of their small circle of friends and families, such as the new kid in class, someone who doesn’t speak their language, the helper, a shopkeeper, or simply just some poor woman standing on a bus at the end of a long day.

1. The Caring Game. This game teaches empathy – once children know what it feels like to have their feelings hurt, they learn to treat others with respect and kindness.

How to play: Draw a series of faces with different ‘unhappy’ expressions – sad, angry, scared, sick – on pieces of card (at least  one for every child in the game). Lay the cards out, face-side down. Ask each child to choose a card, and act out the feeling shown. For example, the child who draws the card with the scared face, might pretend to shake or hide under his chair. Explain to the other players that they can make their friend feel better by asking him questions. “Why are you scared?”, “What can I do?” After he gives an explanation – “I saw a ghost in my bedroom last night” – the other kids provide solutions. They might give him a hug, suggest he leaves his nightlight on, or tell him gently that ghosts are only make believe.

2. Mother, May I? This game teaches kids to be courteous, which means they are well on their way to learning about respect.

How to play: Nominate one child as Mother. The other players line up facing her, about 10 feet away. Mother tells one player at a time to hop one step forward. If a player responds, “Mother, may I?”, Mother says, “Yes, you may,” or “No, you may not”. If Mother’s reply is yes, the player must say thank you before he moves. If any player forgets his manners or hops forward without permission, Mother sends him back to the starting line. Play the game until one player reaches Mother.

3. Honest to Goodness. This game teaches kids that it’s okay to be honest about their feelings, whether positive or negative.

How to play: Settle the players comfortably and let them know they will each be asked to finish the sentence: “I was surprised when…” To get the game in motion, start by telling your own story: “I was surprised when Sarah’s Daddy suggested that we move to Discovery Bay.” After everyone has had a turn at being ‘surprised’, continue the game substituting other emotions like ‘happy’ or ‘scared’.

4. The Balloon Game. This game teaches kids about teamwork and the value of working together towards a common goal.

How to play: Each player gets two balloons and a partner to play with. Each team of two has to keep their four balloons in the air for  a set time (start with 30 seconds). To make the game more challenging,you can rule that the children can only touch the balloons with one part of their body, such as their forehead or the palm of their hand.

Screening out: The effect of technology on our children

Our lives are increasingly and inextricably governed by technology. What effect does this increased reliance on screens have on our children? Kate Farr reports Read More
in Family Lore by Around DB01 June 2017
share
[csbshare]

Skills for life: Encouraging kids to help around the house

Teaching kids simple household chores sets them up for adulthood, while allowing them to feel competent and responsible in the here and now. Kate Farr reports. Read More
in Family Lore by Around DB26 April 2017
share
[csbshare] 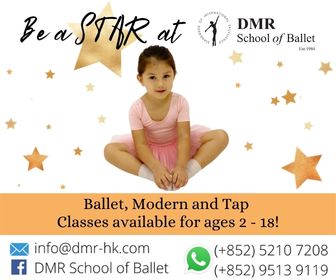